At the risk of ranting against my own profession, I was in trial today and utterly amazed at defense counsel. Today’s trial should have and could have been completely avoided but for the idiot defense lawyer on the other side – so we won everything we asked for. I know plenty of attorneys who are very admirable and wonderful people. Yet, every once in a while you come across that one guy who absolutely reinforces the negative attitude most normal people have against attorneys. Today was no exception. We walked into the court room confident in a win for my client and yet confused as to why we even needed a trial on the particular issues the other side so adamantly defended. And in the end, it was as predicted… we won everything we asked for. Why? It’s simple, every winning strategy will have these basic principles regardless of the nature of the individual case.

The general rule of thumb and premise of this article is very simple, if you want the judge to give you what you want then: Don’t hire an idiot lawyer. Hire a smart lawyer. Judges don’t rule in favor of idiots, or least not very often. Here’s a brief list of what idiot lawyers do or don’t do, and that is exactly why they always lose.

If the defense lawyer would have simply known the law and policies in this case then we could have avoided trial all together and a fair settlement would have been entered into months ago. The judge was so sure of that same fact that he awarded a reimbursement of attorneys fees to my client for having to pay for my representation in the trial. Additionally, if the defense lawyer would have just read the judicial cues and operated in the realm of reasonableness then we would have avoided the trial as well.

Fortunately for our profession not all lawyers are idiots. Some of us actually prepare for trial and know our cases and local judges like the back of our hand. Trying cases is a skill and something to look forward to not avoid. I’m proud to say that in the cases I have litigated in Federal and State courts it is more common to come across excellent attorneys as opposed to idiot attorneys. However, be aware… there’s an idiot in every village…

If you, or someone you know were injured in a bicycle accident caused by road debris, hire a personal injury attorney who is experienced and has a successful track record. Ben Dodge, a licensed bicycle accident lawyer in Arizona, has dedicated his entire firm to one purpose: representing cyclists. Bicycle accident cases are the only cases Bike Accident Attorneys, PLC handles.

Ben Dodge has represented and assisted bicycle accident victims across the entire United States. As an avid and competitive cyclist himself, Mr. Dodge currently participates in national and local cycling events all over the country. It isn’t uncommon to spot him in early morning hours out riding his bike. The day he fell in love with his job was the day he devoted himself completely to bicycle accident cases. 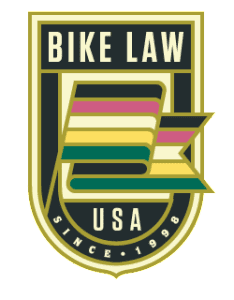 Ben is a member of the National Bike Law Network. This is a select group of like minded bicycle accident attorneys founded in 1998. In concert with the mission of Bike Law, Ben represent cyclists injured in bicycle accidents, at the police station, with insurance companies, and in the courts. He advocates for the rights of all cyclists, not just his clients. He teaches the police about bike laws and bike safety, he educates drivers about the rules of the road, and he trains cyclists and clubs to ride more safely.

In recent years there has been approximately 700 bicycle fatalities in the United States every single year. Approximately 2,000 bicycle accidents are reported in Arizona every year. Approximately 30 fatal bicycle accidents are reported in Arizona every year. Bicycle fatalities are terrible and horrific tragedies that affect the lives of too many families and friends to count. Understanding your rights and obligations as a cyclist can bring clarity to your specific accident situation. It will always be in your best interest to be represented by an attorney who knows the bicycle laws and has a successful track record of winning bicycle accident cases. The negotiation tactics and strategies of winning a case are extremely important but should always take a back row seat to the litigation experience and knowledge of court room rules, local, state, and federal rules of civil procedure that can have significant impact on your bicycle accident case. It is wise to be represented by someone well versed in bicycle accident law, local and state bicycle ordinances, rules, regulations, policies, and laws. You should hire someone very familiar with negligence and tort law, civil procedure, and the rules of evidence as they all relate specifically to bicycle accident cases.

You can call Arizona bicycle lawyer Ben Dodge of Bike Accident Attorneys, PLC at 1.855.663.3922. His staff is standing and ready to accept your call 24 hours a day, 7 days a week, every single day of the year. Mr. Dodge will personally return your call within 24 hours. There is never an obligation for a complimentary consultation with Mr. Dodge. His passion is in representing cyclists and his entire office stands ready to serve with kindness and patience.

Mr. Dodge can also be reached by email at ben@bikeaccidentattorneys.com or at ben@bikelaw.com.

His Main Offices are located at: